Can a new deck really preserve the charm of an Austin vintage home?

You love your eclectic, urban-chic neighborhood, and you love your charming, vintage home, but maybe your home’s vintage deck has seen better days. Is it time for an upgrade to a better deck? Archadeck of Austin, premier deck builder across many Austin neighborhoods, has the design sensitivity to create a custom deck that will not look out of place for your area.

Take a look at this unique home in the city of Austin near Mopac Expressway and 38th Street. Homes here have character, and the area is undergoing extensive revitalization. The homeowner engaged Archadeck of Austin to replace an existing deck that was aging, nondescript and lacked any shade cover. 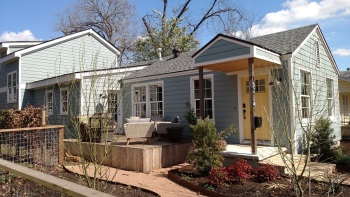 Before we began the project:

This job was actually a redecking and expansion project rather than an entirely new deck. Once we determined that the existing deck’s foundation was strong and had not been compromised over time, we were able to use it again, with reinforcement. We needed to replace the decking boards as well as the wooden skirting that surrounds the deck and shields the underdeck area from view. Oddly, there was a gap between edge of the existing deck and the front porch stoop, so we were able to expand the deck by about two feet. Finally, the client wanted to add a pergola over the deck for much-needed shade.

Since natural wood was the client’s choice for decking material, Archadeck of Austin recommended clear cedar for the deck surface and the skirting. Clear cedar is a select grade of cedar lumber milled from the heart of the tree, and it is higher quality than the wood many other deck builders work with. For even greater quality, we used 5-and-a-quarter-inch boards as opposed to the competition’s nominal 2×6″ knotty pine. The clear cedar boards display a light wood grain with minimal (if any) imperfections such as knot holes.

Archadeck of Austin offers a choice of standard or premium pergolas, and this client selected the premium pergola, our most popular option. For our premium pergolas, we use 4×12″ beams, 6×6″ posts and 2×10″ boards for the rafters with 16” on center spacing. In contrast, our competition uses 2×8″ beams and posts and 2×8″ rafters that are 24” on center, resulting in a pergola that is less sturdy and provides less shade. The Archadeck of Austin premium pergola looks beefier, is stronger and will last longer than those built by our competition. Plus, our 16” on center spacing provides the optimum amount of shade on a hot Texas day. 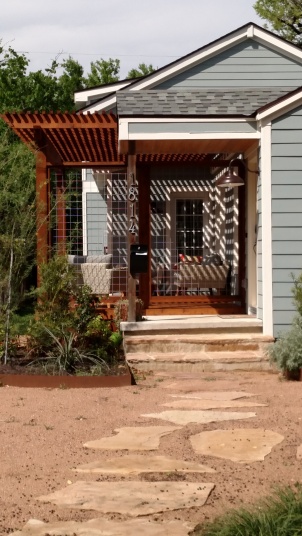 For the finishing touch on this combination redecking and pergola project, we installed a metal screen on one side of the pergola to establish a privacy barrier. Vines and flowers will climb the screen to naturally obscure the view of the deck from the nearby downtown traffic.  This innovative privacy screen was built using Cattle Guard panels.

If you are looking for a creative way to upgrade your existing deck while keeping it in character with the neighborhood, contact Archadeck of Austin today at (512) 259-8282 or via email at jim.odom@archadeck.net to schedule a free design consultation. 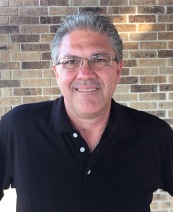